In follow-up to the recent 2013 Marketo Summit, the marketing team at ReachForce, a leading provider of B2B data services, sent a message to attendees (including this blogger) crowing about the success of their traffic builder campaign, an email that generated a 42.8% open rate and resulted in ReachForce hosting the most heavily visited booth during the event. The subject line that generated such success? 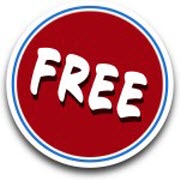 There are all sorts of conclusions one might draw from these results – most notably, when and how to use humor in business campaigns – but here’s the factor that struck me most: the word “Free”.

No-one uses “free” in subject lines any more, do they? Well, apparently, they do. And though it’s only one data point, I found it somewhat revelatory that the ReachForce campaign generated an open rate well above industry standards, even using a term that by all accounts is supposed to guarantee your campaign ends up being caught in spam filters.

Other experts have seen similar results. In his post “7 Email Subject Line Myths Exploded,” email consultant Tim Watson writes that spam trigger words like “free” aren’t the problem they once were, because whereas in years past email was largely filtered on content, now the biggest variable is reputation. In other words, Watson contends, content will only cause you problems if you’ve received spam complaints in the past (or worse yet, have been blacklisted) and your email reputation is weak as a result.

In a related post, inbound marketing software provider Hubspot reported on an A/B test using the word “Free” and concluded that the difference, at least in terms of deliverability, was statistically insignificant. However, Hubspot also noted that click-through rates increased when the word “free” was excluded. It’s worth pointing out that Hubspot’s test was less than ideal because, in the second subject line, they substituted the word “free” with the word “SEO.” A cleaner test would have been to simply exclude the term altogether, for example:

since, by using [SEO Guide] as their test, Hubspot introduced another variable – namely, the word “SEO”.

But, again, anecdotally this also suggests that, at the very least, “free” has nowhere near the killing effect that B2B marketers of recent vintage have been trained to believe.

So, what to do? Well, test, of course. At our agency, we’ll be weaving tests of the word “free” into multiple client campaigns over the coming weeks and months. If the findings are significant, I’ll report back here in the comments. In the meantime, if you’ve run similar tests of late, please share your observations.

A further aside – if it’s indeed true that “free” isn’t the spam trigger it once was, this also proves that no email marketing best practice is true forever. Way back in 2007, I wrote a post (“The Myth of Why You Shouldn’t Use “Free” in Subject Lines”) on this same topic, and reported that a recent test (back then) showed the term had increased open rates by 45%. In subsequent years, however, similar tests showed “free” to have a consistently negative effect. Now, apparently, the pendulum has swung again.