A recent industry study on Lead Management Optimization, conducted by CSO Insights and conducted in partnership with SMEI and Marketo, sheds insight on the relative budget marketing organizations are investing in areas such as lead nurturing, social media, and lead generation. Amongst its findings:

• Overwhelmingly, the #1 marketing objective for 2011 (based on funds allocated) is “Increasing New Customer Acquisition”

• In comparison, the percentage of firms citing “Increasing Brand Awareness” as a top objective dropped year over year by more than 25%

What drew my attention to the data was the analysis provided by Marketo on their B2B Marketing blog, in which they claimed, in part, that lead generation was starting to lose favor:

“… lead generation seems to be slipping steadily over the years among companies surveyed, with sales relying increasingly on avenues other than marketing-generated leads. Also, although marketing budgets have increased slightly over last year, allocation of funds to lead generation programs has not increased. This will present a challenge for marketing organizations to step up their games and deliver more leads for less.”

That conclusion – essentially that lead generation is losing the budget battle to social media and other channels – was thereafter repeated elsewhere in the trade press (“Lead Generation ‘Slipping’ In Favor of Social Media, LMO Study Finds.”) I have two major issues with the analysis, however: 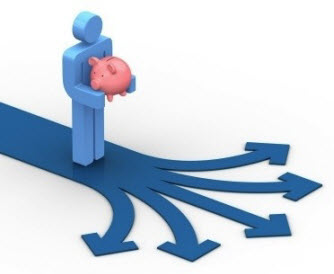 1. From where I sit, the conclusion that lead gen is losing favor seems to be in contradiction with the data. If the top budget priority for 2011 is “increasing customer acquisition,” it seems contrary at best to suggest that lead generation (alternatively, demand generation or “feeding the funnel”) is dropping in precedence. If anything, it would be reasonable to conclude that marketers are overwhelmingly investing 2011 budget dollars in lead generation activity.

2. In my view, saying that lead generation is losing out to social media, true or not, presents a false choice, in the sense that it suggests companies have to decide between one or the other. At Spear, we’re heavily involved in developing our client’s social media strategies, but we do so with a heavy bias towards generating measurable, actionable response and engagement – in other words: lead generation. Our clients use social media FOR lead generation, not in place of it.

To push the argument one step further, I’d posit that social media shouldn’t really compete for budget dollars with lead generation, or even branding, because it’s an entirely different animal. Lead generation and branding are both valid objectives, but social media for its own sake can be a colossal waste of marketing dollars. We advise clients to invest in social media by all means, but to do so with a specific goal in mind: generating sales leads, increasing awareness of your brand, nurturing customers and prospects, propagating your company’s views into the marketplace, or all of the above.

Simply said: social media is not a budget category. It’s an approach.

4 thoughts on “Lead Generation Losing Out to Social Media? Not So Much.”