Recent studies tell us that while the adoption of marketing automation technology continues to gain momentum, fewer than 20 percent of marketing executives say that they are fully integrating the technology into their current sales and marketing initiatives. 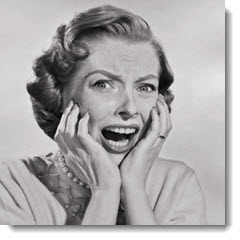 One of the reasons for this under-utilization, and the inability of some marketers to deploy, for example, automated lead nurturing at every stage of the selling process, is resistance from the sales organization, and in particular, Inside Sales.

In our work developing lead nurturing programs for B2B companies, we often hear statements like the following:

“We won’t be implementing lead nurturing for new leads because our telesales manager says his team is following up on every lead.”

In a situation like this, it may be that the Inside Sales team feel they have all leads “covered” as it were, but most likely the real issues are 1) Trust and 2) Turf, namely:

1) Trust – Inside Sales doesn’t trust marketing to deploy lead nurturing without fouling up the sales process; and
2) Turf – Inside Sales fears that inserting marketing campaigns into the lead follow-up process will either a) diminish the value of their department or b) assign credit for SQLs elsewhere.

Last year, we implemented an automated lead follow-up program on behalf of a small client. The client had only one BDR (Business Development Representative) but was generating a reasonable volume of leads with our help, so the decision was made to automate lead nurturing as a way of ensuring that every lead was responded to effectively and consistently, regardless of the BDR’s bandwidth on a given day.

Rather than reinvent the follow-up process, we sat down with the BDR, documented her standard follow-up procedure (a series of phone calls and emails that stretched over a number of weeks) and automated every step using Marketo, a leading marketing automation platform. The campaign is initiated when a contact is “added” to the campaign via a simple command within the client’s CRM, Salesforce.com. This put the BDR in control of the campaign, eliminating any objection that marketing might be “taking over” the process.

Once initiated, the steps are as follows:

All of this is preceded by a personalized email (from the BDR) sent automatically by Marketo to all Web leads, even those that the BDR ultimately deemed unworthy of follow-up, three days after any form submission. That email solicits feedback on the downloaded content, encourages social sharing, suggests other resources, and provides the BDR’s contact info in the event of any questions or immediate interest.

We also programmed Marketo to alert the BDR immediately if any prospect responded to any of the follow-up emails – for example, by visiting a high-value page on the client’s Website, or by downloading additional information.

Keeping in mind that neither the basic structure, cadence, or content of the follow-up program was changed from the original sales process, aside from some minor editing of email copy, the results of the program were startling.

In the six months prior to implementing the program, the BDR generated one (1) phone appointment with a qualified sales lead that ultimately led to a sale. In the six months following the program’s implementation, that same rep generated seven (7) appointments that led to deals. Put another way, the number of deals credited to telesales qualification increased 700 percent.

There were other, more intangible benefits.

• the BDR’s contact rate, the rate at which she is able to engage prospects in a live phone conversation, has increased substantially
• she reports receiving emails from prospects, asking for an appointment, in response to emails that she never knew were sent (and likely wouldn’t have had the time or discipline to send herself)
• because qualified appointments and closed deals are a key part of her compensation, her income has received a significant boost.

This is a classic example of lead nurturing, and marketing automation, being a win-win for marketing and sales. It’s also further evidence that, far from supplanting Inside Sales, or interfering with the sales process, lead nurturing increases sales efficiency and productivity in a way that can have a direct impact on a company’s bottom line.

2 thoughts on “Why is Inside Sales So Scared of Lead Nurturing?”