Open rates are generally paid more attention than they’re due. The ugly truth is this: an open rate is NOT an accurate measure of how many people opened or read an email, neither is it an absolute measure of a subject line’s success.

So why are there misconceptions about what an open rate means, and how can it be used as a valid statistic in measuring the success of email campaigns, if at all? Let’s start by defining what open rate means. For this, we turn to Wikipedia:

“Open rates are measured using an HTML IMG tag embedded in outgoing emails, calling for a small, transparent tracking image. When the client or browser used to display the email requests that image, then an “open” is recorded for that email by the image’s host server.” 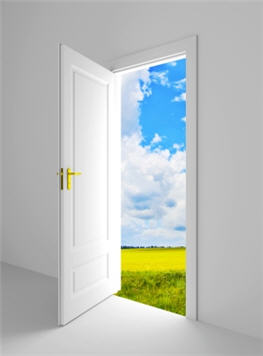 “This method leads to problems with interpretation, since the request for the tracking image gives no indication of whether the email’s recipient actually viewed or read the email or its contents.”

“In addition, many webmail services and email clients block images by default, or the recipient may elect to receive text-only versions of an email. In both cases, no image call can ever be made, further reducing the accuracy of the open rate measure.”

“As a result, open rates are broadly rejected as an absolute measure of a commercial email’s performance. However, many marketers use open rates as a relative measure, for example to compare the performances of emails sent to similar recipient groups, but at different times or with different subject headers.”

So as an absolute measure of email performance, open rates can be inaccurate on several fronts. In fact, not only are the numbers deflated by blocked images or text versions as Wikipedia explains, but they can also be grossly inflated by the Outlook preview pane. An Outlook user can scroll through all his/her emails, “opening” every single message without ever reading the subject line or the contents.

Picture a user with images turned off in Outlook. He receives an email with no image banner, and reads the entire message. No “open” is registered because no “image call” is made.

Now send the same email with the same subject line, but with a large banner image at the top of the email. The image shows up in Outlook as a white box containing the message: “Right click to download images.” The user clicks the message to allow images (and to see what the email says), registering an open.

Therein lies one of the most popular misconceptions about open rates – they are NOT only a measure of subject lines. The content and design of an email can impact open rates just as much as the subject line.

Open rates are generally useful only as relative measure of success. If you send two emails that are identical in every respect (copy, design) but have different subject lines, and Subject Line A generates a higher open rate than Subject Line B, you can reasonably conclude that A outperformed B. However, a subject line’s true “success” is much better defined by clicks (click rate) and actual form submissions (lead rate or response rate.)

Thanks to Dan Reed, Spear’s ace Technical Production Manager and all-around email guru, for his contribution to this post.

One thought on “Do Email Open Rates Really Matter?”