On Focus.com, Adam asks: ““What percentage success rate do people (expect from) direct mail campaigns? We (get) 7% response rate when marketing to existing customers and 2% to new customers.”

It’s a cop out, I know, but there is no right answer to this question or to its popular friend: “What’s a good response rate?” By most standards, your current response rates are well above average, but it’s almost impossible to compare those metrics to any other company or campaign because of the variables involved. 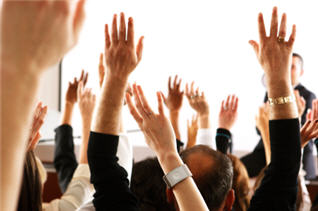 The first of those variables is offer. A direct mail campaign offering say, a white paper, will generate roughly twice the response of a seminar invitation on the same topic. A survey invitation generates much higher response rates compared to say, a free trial. All can be used as direct mail offers. But there is no one “good” or “average” direct mail response rate because response rates vary widely depending on what you’re asking the recipient to do. It’s for this reason that industry benchmarks for metrics like response rates from the likes of Marketing Sherpa (otherwise a fine and reputable organization) don’t really mean much.

The second key variable is list. It’s the oldest direct marketing rule in the book that list quality is the #1 ingredient in a successful campaign. And it’s why when new clients ask: “what kind of response rate should we expect from this campaign?” my first response is: “how good is your list?” Today when more and more companies are marketing to their house lists vs. rented lists, the degree to which that house database is maintained and updated, and the source of those names (inbound leads, purchased, fell-off-the-back-of-a-truck) will have more impact on campaign response than the choice of offer or the quality of the creative.

A side note – this is why it’s always critical to mail (or email) to more than one list. If you’re only marketing to one list – no matter if it’s your house list or one acquired from a third party – and let’s pretend for a moment that your campaign fails miserably, you’ll have no idea if the list alone was to blame. This happened recently when we conducted an email campaign to a list a client had purchased from a reputable source. Initial response rates were horrible, but when we tested the same campaign head-to-head against the client’s own house list, the house list generated more than 4x the response. By then, we knew the creative, message and offer wasn’t the problem; we just weren’t reaching the right people (or, judging from the bounce rate, the list quality left something to be desired.)

Response rate is a poor metric by which to judge a campaign’s success. Yes, it’s a convenient statistic and we all use it, and it might serve at best to judge comparative success between campaigns to roughly the same audience. But otherwise, a high response rate doesn’t equal success any more than a low response means failure. Ultimately, it’s about the quality of that response, the rate at which those leads turn into opportunities and then sales, and the ROI from the mailing (or email broadcast) that matters. And that’s where technologies like CRM, marketing automation, and Web analytics can make all the difference.