In the headlong rush to Account-Based Marketing, many B2B companies are, quite naturally, looking to implement ABM in a manner that allows them to dip their toes in the proverbial water.

In the agency business, such as ours, this has led in turn to a notable uptick of interest in what are often called (by the client): “ABM Campaigns.” A typical narrative in these situations: We’ve been hearing about ABM, our boss is asking about ABM, we want to try ABM, can you help us put together a campaign so we can test the waters and give ABM a try?

There’s only one problem: there really is no such thing as an “ABM Campaign.” 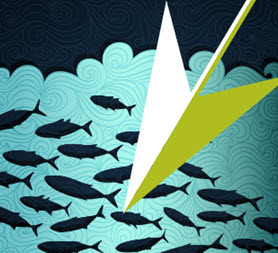 ABM is a strategy, and a wholly different way of looking at how leads, opportunities and revenue are generated. ABM has different metrics (“leads” as such don’t really enter into the conversation), requires a different creative approach that is specific to companies, personas, even individuals, and demands highly personalized, relevant content. It is a strategic initiative that involves (or should involve) both sales and marketing at all levels of the organization.

That is not to say, however, that you can’t successfully design and execute a highly targeted, tightly integrated, multi-channel, multi-touch campaign aimed at a finite number of specific, key accounts. But, more than just semantics, it’s a mistake to call such a campaign “ABM” because doing so implies that the relative success or failure of that program is a measuring stick for whether ABM makes sense on a larger scale.

Instead, let’s call such programs “target account campaigns.” Target account campaigns have a role to play in the broader demand generation mix, and can even be an effective means of testing many ABM tactics (segmentation, personalization, sales alignment, integrated channels), but they’re primarily tactical in nature, and executed independently of any larger ABM initiative.

There are other differences:

• Target account lists are typically based on industry sector, company size, or even complete whim, whereas ABM typically employs more insight-based account selection through such tools as predictive analytics

• The success of target account campaigns is typically measured by responses or leads or meetings, whereas ABM strategies are measured by account-level metrics such as awareness, influence, and penetration

• Target account campaigns are possible leveraging only the most basic in marketing automation and ad technology (for example, programmatic display advertising.) To be executed at scale, ABM typically requires other functionality, such as account-level scoring, advanced sales play orchestration, and Ad/Web personalization.

• Target account campaigns are marketing-driven and typically involve the sales team only peripherally (for example, after an appointment is set up with a qualified lead.) Successful ABM programs require the buy-in, sponsorship, and active involvement of multiple teams, notably sales, but possibly even customer service, at every stage of the process.

I want to be careful here not to paint ABM as some gargantuan undertaking requiring huge investments in time, resources, people, and technology. With the proper planning and executive buy-in (and possibly an expert partner – ahem), it’s possible to implement ABM modestly, in phases, or on a “pilot” level, without breaking the bank or doubling the size of the marketing team.

So, by all means, give ABM a try. Just please don’t think that one campaign, no matter how successful, is a valid test of whether ABM makes sense for your organization.