Sungard® Availability Services™ (Sungard AS) in Wayne, Pennsylvania is a global leader in disaster recovery, business continuity, and managed IT services. Sungard AS runs a highly successful demand generation program, an integrated mix of both online and offline campaigns, to generate a consistent flow of leads to the company’s sales force. 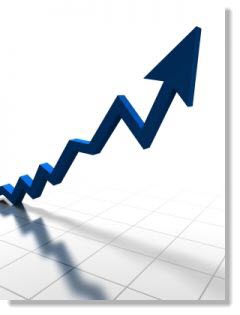 As a company that rigorously tracks and measures the ROI from its various marketing efforts, Sungard AS knew that increasing the revenue contribution from demand generation meant either a) driving more leads into the top of the funnel, and/or b) increasing the rate at which those leads convert into sales. In support of the company’s aggressive growth plans, the marketing team set out to focus energy on increasing the rate at which raw inquiries converted to qualified sales leads, opportunities and deals.

Spear conducted a thorough audit of the company’s lead nurturing process, and presented a series of recommendations, focused primarily on segmentation, offer strategy, email cadence, and creative. “Sungard AS had solid creative in place and a very sophisticated nurturing program,” says Howard Sewell, Spear President. “Our job was to build on that foundation and identify opportunities for improvement. We were able to provide new ideas based on our pool of experience and what we knew was working for other companies in the tech space.”

Spear identified incremental changes to make in the company’s creative approach, but focused most of their recommendations on segmenting the existing nurturing effort into a program that was more tailored to where a prospect was in the buying process, and to that individual’s specific role or job function. In particular, they recommended instituting a structured program of emails designed to respond immediately to new leads, a function that previously was the sole responsibility of Sungard AS’ telemarketing team.

In response to the audit and in line with Spear’s recommendations, the firm was subsequently hired to:

All campaigns were built and launched in Marketo, a leading marketing automation platform. (Spear is a Marketo agency partner.) “A large part of the power of marketing automation is the ability to tailor your message automatically based on both demographic and behavioral criteria,” says Sewell. “By introducing email tracks that spoke more directly to people further down the sales cycle, and by adjusting creative and offer strategy for specific job functions, we felt confident that the client’s message would resonate more effectively.”

After six months, Sungard AS was able to report the following:

“The results we’ve seen from the changes that Spear implemented in our email nurture programs have been nothing short of amazing,” commented Julie Brewer, Sungard AS’ Director of Marketing Programs. “Quite aside from just improving the performance of our outbound campaigns, we know that the leads we generate from all sources are now much more likely to convert into qualified sales opportunities.”