It seems only yesterday that “PPC advertising” was synonymous with Google AdWords. Google still dominates search advertising – at last count, it handles roughly two-thirds of all Web search queries, a market share that won’t be decreasing any time soon. Its top 25 US-based search advertisers alone spent more than $1.3 Billion with Google in 2013. 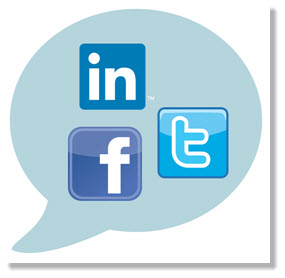 Increasingly, however, B2B marketers have other options when it comes to investing pay-per-click dollars. Foremost amongst the competition are the big three social networks: Twitter, LinkedIn, and Facebook, all of which, to varying degrees, rely on advertising to monetize their huge user bases. In our experience with high-tech clients, we’re seeing fairly consistent success advertising on LinkedIn, primarily due to the ability to target specific demographics, a feature that Google would do well to emulate. Twitter and even Facebook have shown more limited success, but both can be a good fit for certain B2B companies whose target markets align well with specific interests or keywords.

Ready to take the plunge into Social PPC? Here are 17 tips, techniques, insights and strategies for making the most of your paid social advertising dollars:

1. Competition for ‘Sponsored Update’ campaigns is substantially greater vs. ‘LinkedIn Ad’ campaigns. In our experience, using the same targeting and bid settings for both, Ads will generate up to 5x more impressions compared to Updates. However, as “native advertising,” Sponsored Updates can also generate 5x the engagement rate (including likes and shares).

2. When posting a Sponsored Update, create a custom image, one that’s optimized for click-throughs, rather than just let LinkedIn pull an image from your post or article.

3. LinkedIn can be the most difficult (and expensive) social network on which to acquire a volume of impressions and clicks, largely due to its ability to target the optimal demographic and thus, the higher level of competition for those targets. However, it also drives much higher conversion rates (up to 7x, in our experience) compared to Twitter and Facebook.

4. Almost all ad-serving platforms (Twitter, Facebook, Google AdWords) run their auctions based on estimated yield to their network, not simply on bid level. LinkedIn is no exception: the higher your engagement rate (the more people engage with your ad), the lower your bid will need to be. Conversely, the lower your engagement rate, the higher you’ll need to set your bid. LinkedIn’s “minimum bed levels” are rarely high enough to gain traction, but increasing engagement rate by optimizing ad creative may be a less expensive way to win impressions as opposed to simply raising your bid.

5. While LinkedIn Ads placed in a page rail are often best suited for lead generation, Sponsored Updates lend themselves to both lead generation and more viral branding and content sharing.

6. As different from regular (non-advertising) tweets, don’t include hashtags, @ symbols, image URLs, or any other clickable elements in your tweet other than your delivery URL. Anything else will distract potential leads from clicking through to your intended offer or content. This is especially important for pay-per-engagement campaigns since you’ll pay for any clicks on hashtags, etc.

7. Twitter’s Lead Generation Cards enable you to include an image along with a download button on your promoted tweet. Clicking on that download button captures the lead’s full name, email, and user name. Lead Generation Cards are more visually engaging and thus generate higher engagement rates. However, the resulting lead data is thin, and consist of primarily personal email addresses, making Lead Generation Cards better suited for B2C advertising. Also, the entire user experience occurs on the Twitter domain, so you’ll generate less social traffic to your own site compared to a Promoted Tweet using your own URL.

8. Twitter Website Cards (note: these are separate and distinct from Lead Generation Cards) enable the advertiser to include a custom headline, image, and Call to Action on a Promoted Tweet. For B2B advertisers in particular, they make it easier to capture more robust lead information compared to Lead Generation Cards. Because the image is clickable and delivers to the URL of your choosing, you can free up real estate in your tweet for more action-oriented copy and also drive more social traffic to your own domain.

9. Twitter tends to generate the highest “click rate” of any social platform, but those clicks need to be evaluated with a critical eye, since Twitter counts favorites, re-tweets, image clicks, etc. as billable events, whereas other platforms only count clicks on the delivery URL. As a result, Twitter conversion rates (click to form submission) are usually much lower compared to LinkedIn.

10. Using Keyword Targeting typically produces a higher click-through rate (CTR), since users are searching for a term directly related to your ad/offer, but volume is harder to come by, and so attaining meaningful volume can require an extensive list of keywords, which may dilute the campaign’s effectiveness.

11. Using Interest Targeting makes it easier to get impressions, but engagement rates will likely be lower compared to Keyword Targeting. Interest Targeting enables you to target followers of specific handles, which may be of particular appeal to certain advertisers.

13. Facebook generates so much traffic that impression and click volume can be relatively easy to come by compared to LinkedIn and Twitter. The bigger challenge for B2B advertisers on Facebook is generating conversions and high-quality leads.

14. When using Boosted Posts, as with LinkedIn Sponsored Updates, create a custom image that’s optimized to drive engagement, rather than just let Facebook pull an image from your content automatically.

15. Continual, aggressive A/B testing is one of the best ways to ensure you maximize your social advertising investment. Though the temptation is to test two completely different ads, it’s more effective in the long run to make only modest copy changes from one ad to the next, so that you can better understand what variables have real impact for better or worse.

16. Ad copy should always reference a specific offer (e.g. free trial, demo, white paper) – the reader should know precisely what he/she gets when clicking on the ad. Avoid more generic calls to action such as “Learn More.”

17. Most social advertising channels offer both CPM (Cost Per Impression) and CPC (Cost Per Click) bidding. It’s best to always start with CPC because you’ll minimize the risk of potentially paying for thousands of impressions with no clicks to show for it. Once you generate a critical mass of clicks and a baseline engagement rate, you can start to calculate whether it’s possible to save money by switching to CPM. Note: typically, only campaigns with high engagement rates make sense for CPM bidding.

For a more detailed look at this topic, including samples of different ad formats, download our free white paper: “Social PPC: Tips for Successful Ads on Twitter, LinkedIn & Facebook“.